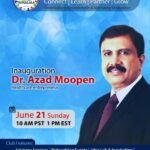 Alhamdulillah! NANMMA is proud to launch a platform to support & connect budding entrepreneurs. This would help our community members with ideas to be connected with similar other people as well as with investors who are looking for ideas.  With this, we are officially launching NANMMA  INSPIRE – a Club to foster entrepreneurs.

Please check the below links for Malayalam Publications of our event: 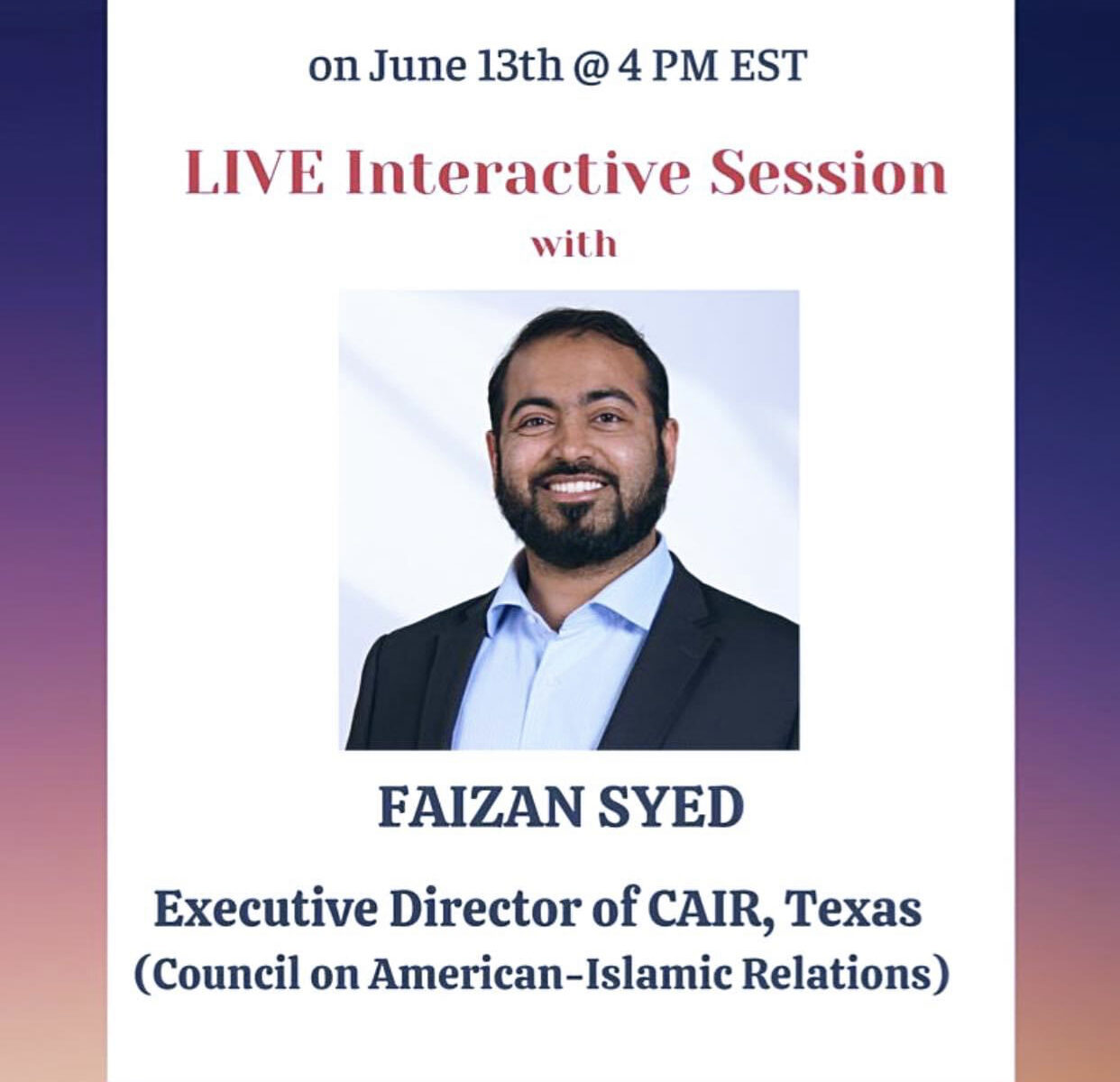 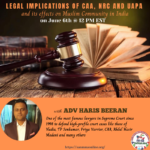 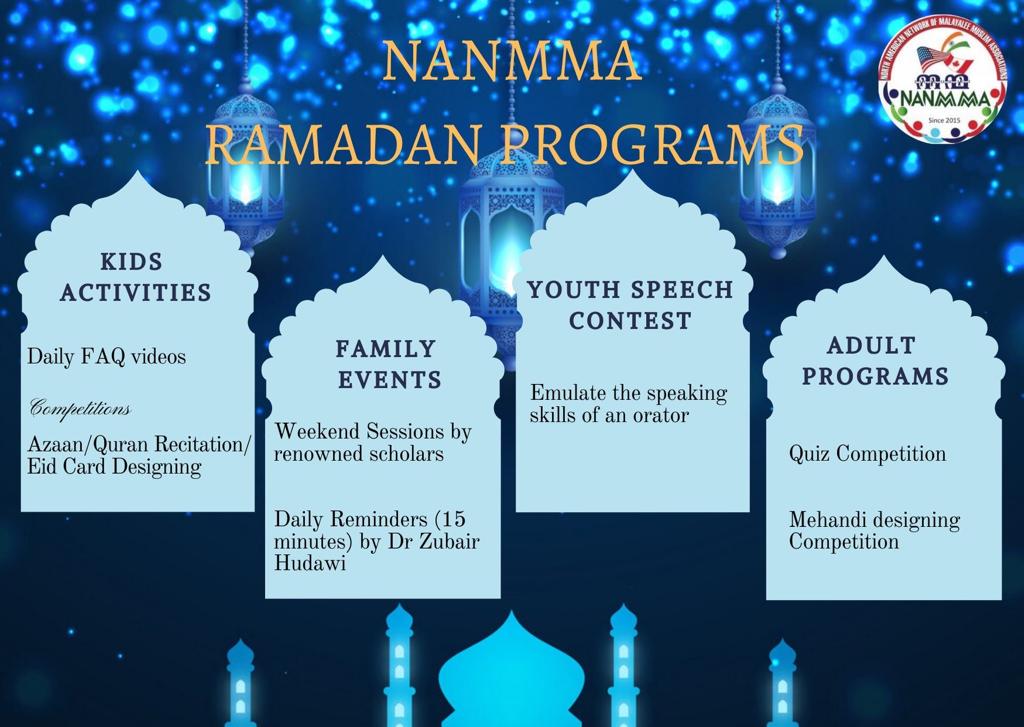 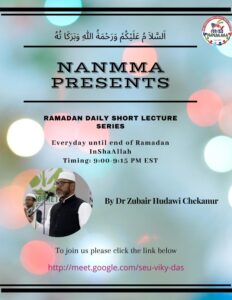 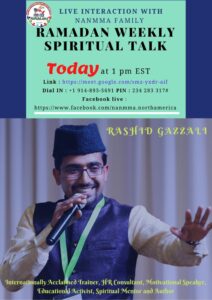 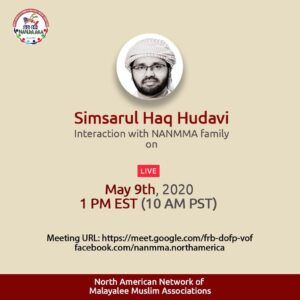 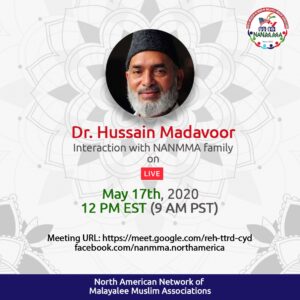 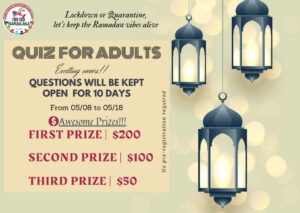 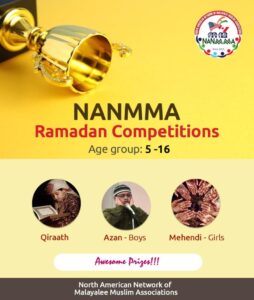 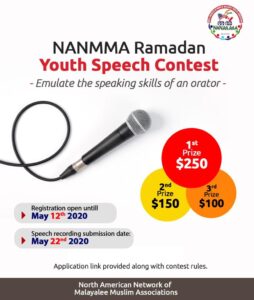 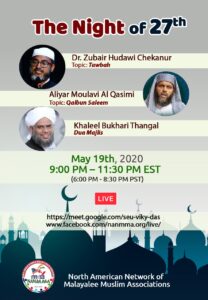 NANMMA USA and Canada together presents a well-planned schedule of programs and competitions for our community during Ramadan amidst the Covid pandemic! 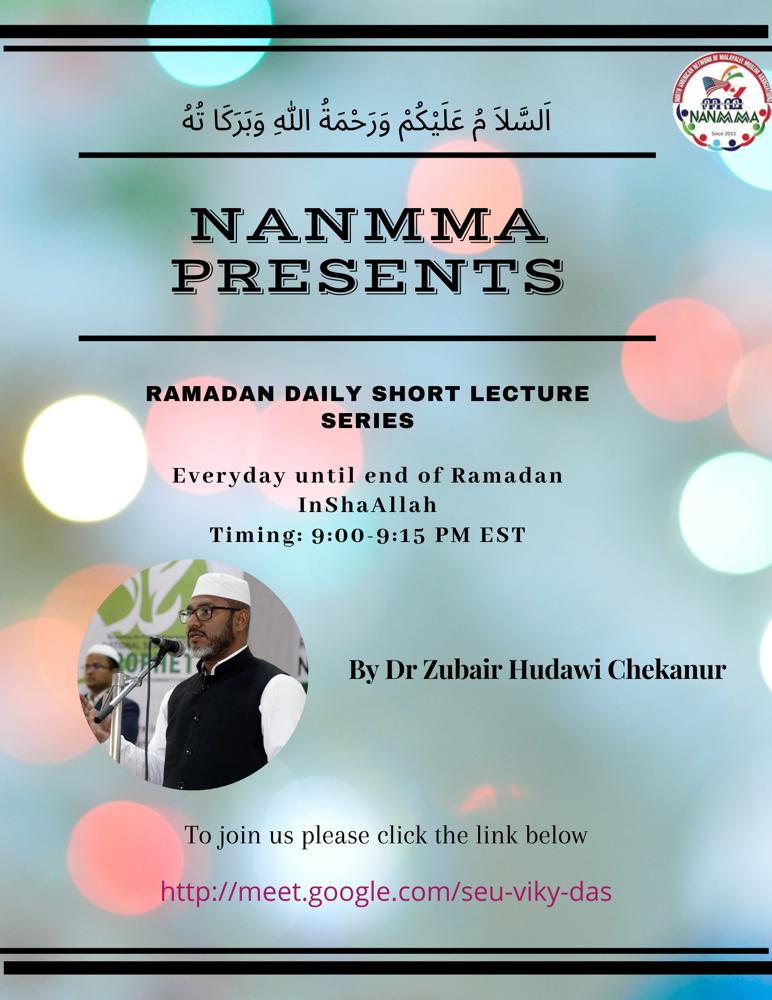 Alhamdulillah! NANMMA has been successfully running Ramadan Short Lecture Series daily with renowned scholar and speaker Dr Zubair Hudawi Chekanur with an amazing number of attendees and awesome feedbacks! May Allah accept from us and reward Dr Zubair for taking the time to share his knowledge with us, Aameen. Below please find the playlist for the whole collection. 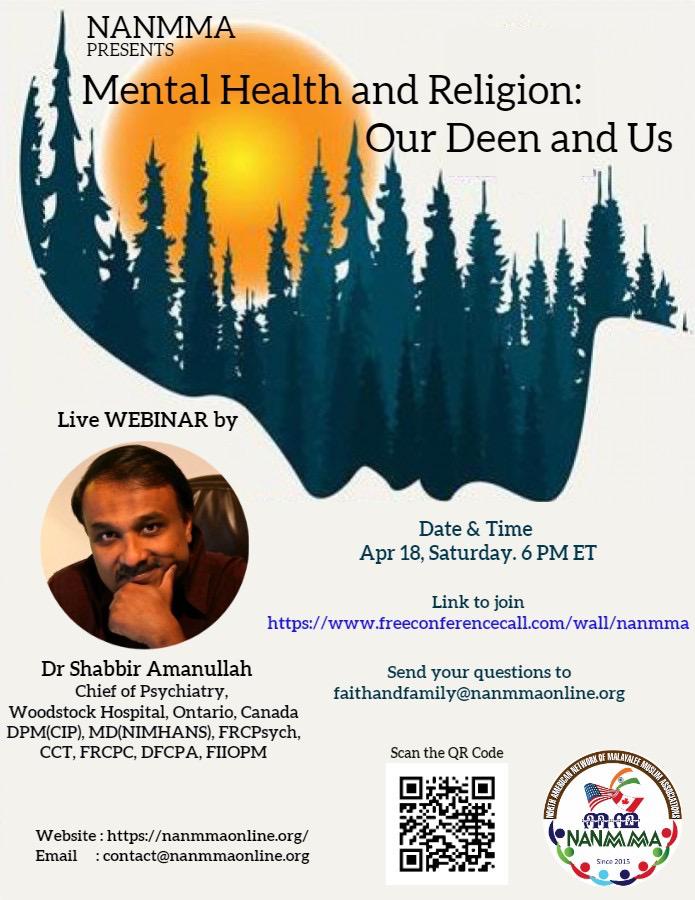 Fear and anxiety has become overwhelming with the global spread of Covid-19 accompanied by breaking news that’s accessible to us at anytime, job uncertainties and likely shortages of various supplies. Coping with stress has become more crucial than ever to help us, our loved ones and our community become stronger. Acknowledging, identifying and working on mental distress during these uncertain times is key to lessening the impact. Please join Dr. Shabbir Amanullah as he addresses our concerns and unveils coping strategies to combat the strains on our mental health.
If you would like to submit a question before the event, please use the email.
faithandfamily@nanmmaonline.org
Please use the link attached to join us on April 18 Saturday at 6 pm EST!!!
https://www.freeconferencecall.com/wall/nanmma

Alhamdulillah, NANMMA Election Commission in the US and Canada has completed the process of determining the NRDs and NBDs for the 2020-2022 term. The list is available at https://nanmmaonline.org/2020-executive-team/. Please take this moment to welcome them and pray for their success.

The NRD nomination process started on January 6th and ended on January 31st. It involved each nominee making their interest in executive positions and activities during the application. They were notified of a process in which the election commission in each country would prepare a panel based on their interests. The new NRDs were welcomed to contest the panel to have an election. Accordingly, the panel was proposed to the NRDs for review. The panel includes a deputed member from the NTC to guide the new executive team during the term. The proposed panel for each country was confirmed as the new executive team without any compelling challenges.

The US Election Commission had two meetings with the new US NRD team (February 29th and March 7th) to confirm the list and introduce the team. The US NBD is yet to pick its Activity Leads from the new NRD in the US. It will be completed before the NBD takes its office in mid-April, Insha Allah.

Since most of the NRDs from Canada are new to NANMMA and the executive team is the first in Canada, the proposed panel included Activity Leads from the Canadian NRD. The Canada Election Commission had two meetings with the new Canadian NRD team (February 21st and February 27th) to confirm the list and introduce the team.

Insha Allah, the new executive team for the US and Canada will take office in mid-April. We wish them great success and hope they take NANMMA to the next level. Congratulations team!

NANMMA BOARD OF DIRECTORS (NBD) – USA